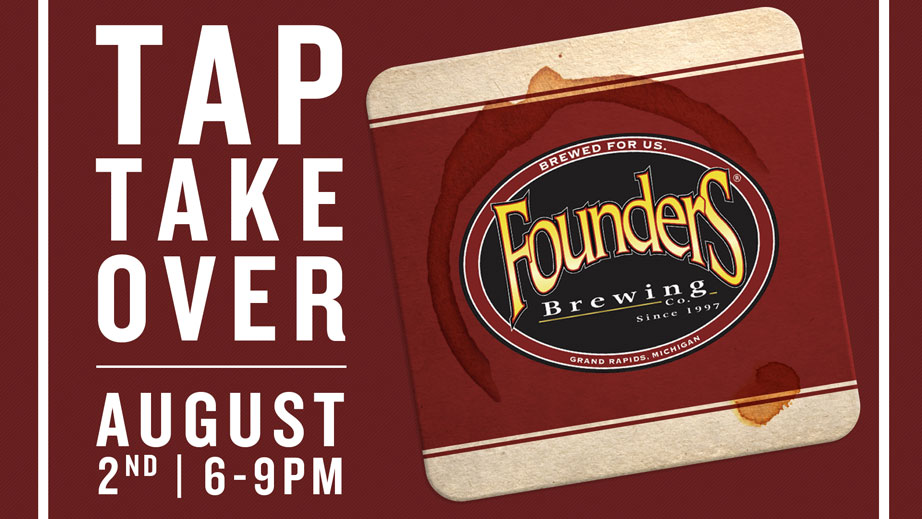 Our First Friday beer event – Tap Takeover – is held on the first Friday night of each month and features a different local brewery. Join us at The Kitchen as we welcome Founders Brewing Co. for $5 pints and pours from 6-9 p.m.!

About Founders Brewing Co.
The Founders Family, a group of passionate beer enthusiasts, has grown around this simple philosophy: “We don’t brew beer for the masses. Instead, our beers are crafted for a chosen few, a small cadre of renegades and rebels who enjoy a beer that pushes the limits of what is commonly accepted as taste. In short, we make beer for people like us.”

Founders Brewing Co. has been lucky to evolve into one of the highest recognized breweries in the United States. They have been ranked in the top breweries in the world by Ratebeer.com for the last five years, and have several beers listed in the top one hundred beers of the world on Beeradvocate.com. They’ve won six World Beer Cup medals, four European Beer Star medals and three Great American Beer Festival medals—thirteen medals total across eight different beers.