Our First Friday beer event – Tap Takeover – is held on the first Friday night of each month and features a different local brewery. We’re excited to welcome our nearby neighbors from Magnolia, Lone Pint Brewery, for our first Tap Takeover of 2022! Enjoy $5 pours, free tastings and more on Friday, Jan. 7 from 6-9 p.m. 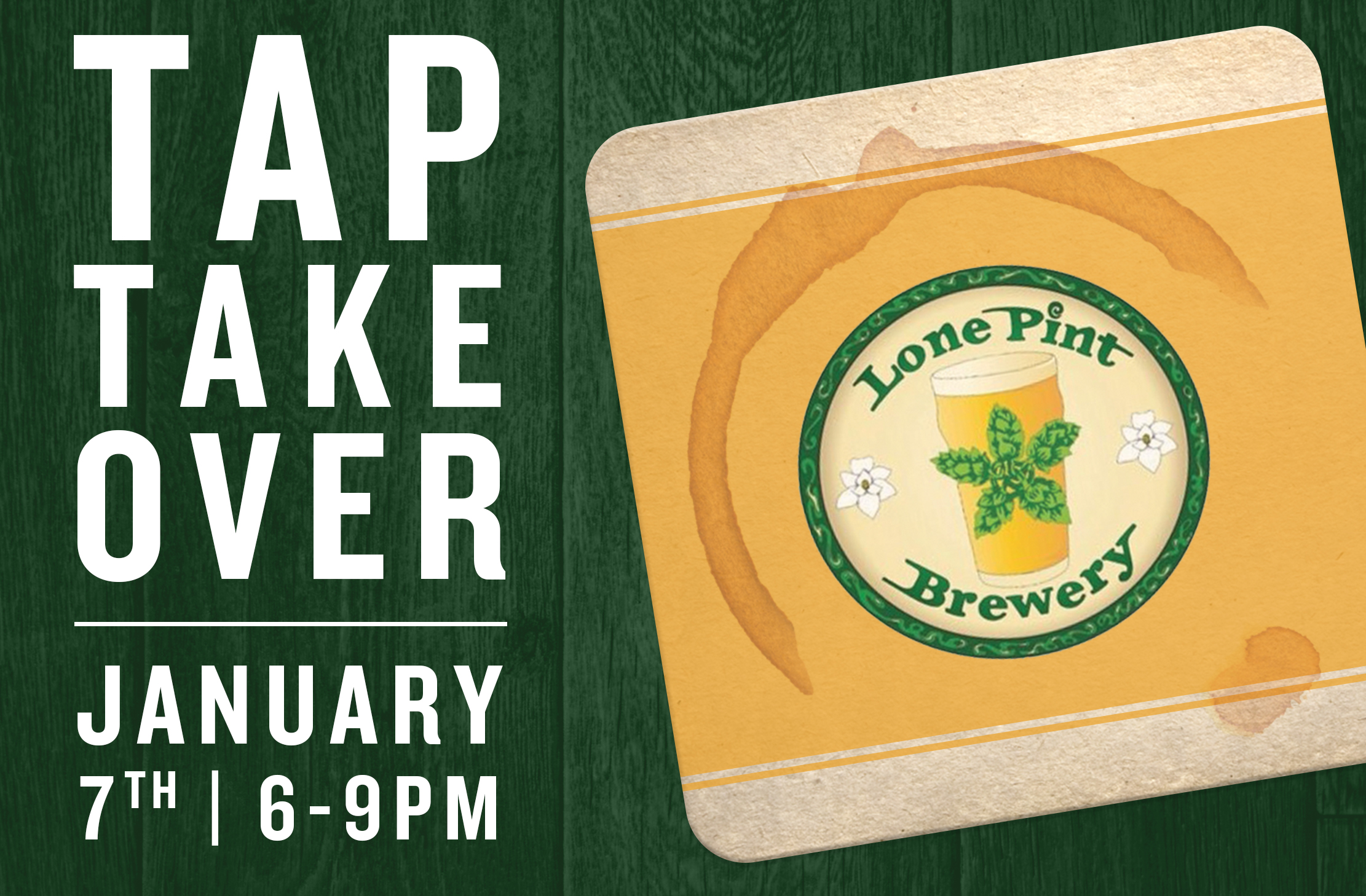 Yellow Rose IPA – 6.8% ABV, 62 IBU
“A SMaSH (Single Malt and Single Hop) IPA using a caboodle (technical term for a large amount of malt) of malt and a new hop released in 2012 called Mosaic (HBC 369). It is a daughter of Simcoe (YCR 14). Whole cone Mosaic is used for bittering, flavoring, and aroma in the kettle; it is also massively dry hopped. The beer is named after a Texas Heroine.”

The Jabberwocky Imperial IPA – 8.5% ABV, 114 IBU
“Our Imperial India pale ale uses Golden Promise malt and two very pungent whole-cone American hops. This brew is hopped so heavily that, after all of the wort has been transferred to the fermenter post-boil, the hop mass at the bottom of the kettle is more than one foot deep. Post-fermentation, Jabberwocky is dry hopped with colossal amounts of the same two hops. The beer is named after a monster we all hold dear.”