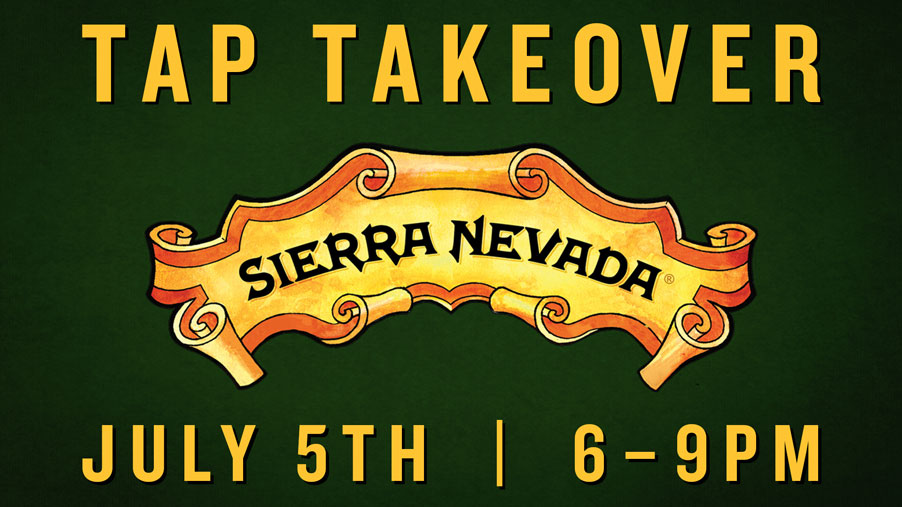 Our First Friday beer event – Tap Takeover – is held on the first Friday night of each month and features a different local brewery. Continue the Independence Day celebration and meet us at The Kitchen on Friday, July 5 for $5 pints from 6-9 p.m. with Sierra Nevada!

And take advantage of our Red, White & Brew Sale to save 10% on all retail craft beer and growler fills!

About Sierra Nevada:
Named after the Sierra Nevada mountains where founder Ken Grossman was climbing when his idea to open a brewery took place, Sierra Nevada Brewing Co. has been brewing since 1980. Grossman’s goal was “to brew exceptional ales and lagers” and critics proclaim it as “among the best brewed anywhere in the world” today. To ensure their fresh beer gets where it needs to be faster, Sierra Nevada Brewing Co. operates two locations in the east and west – Mills River, North Carolina and Chico, California. It’s the tenth-largest brewing company in the U.S.