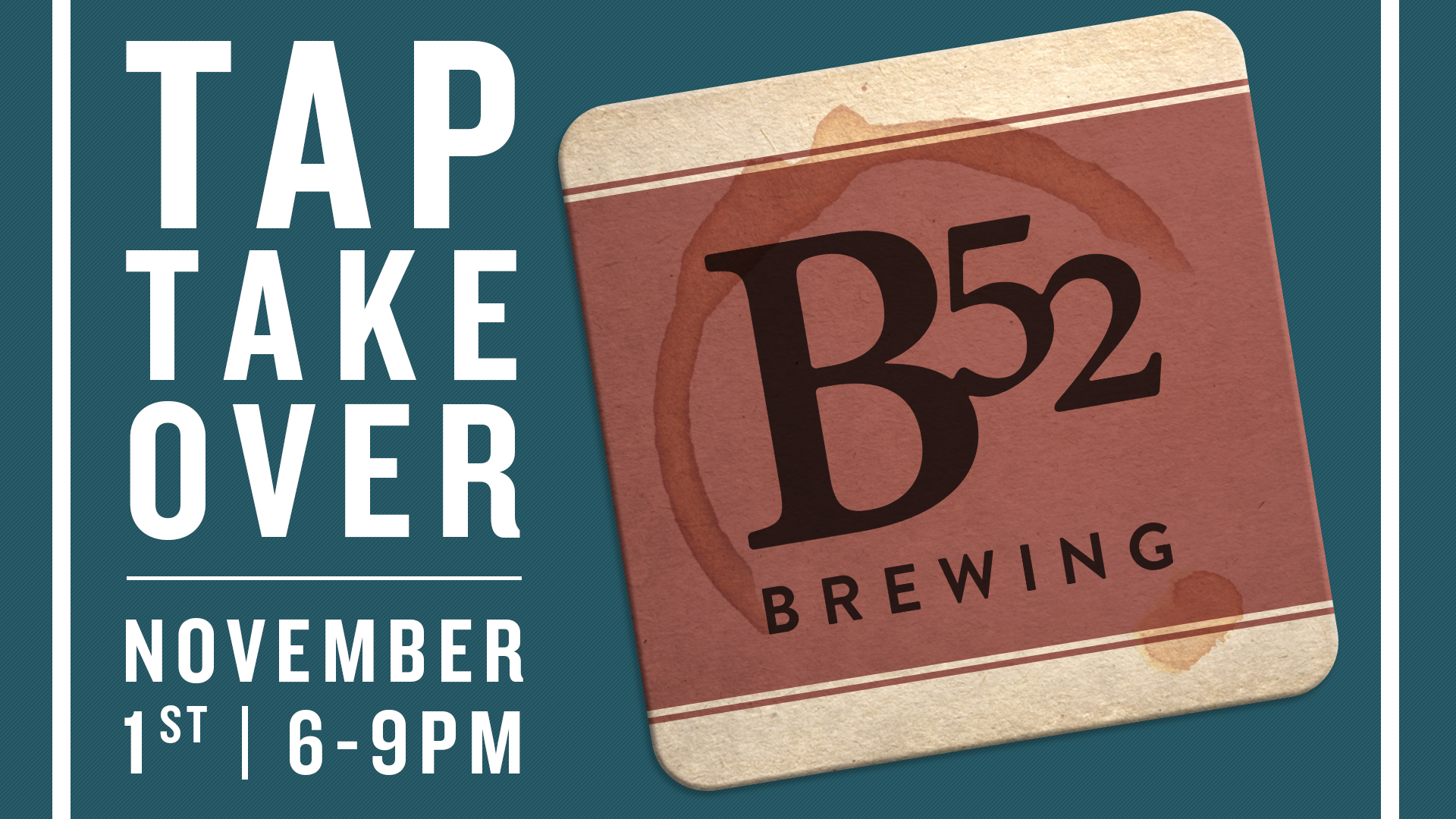 Our First Friday beer event – Tap Takeover – is held on the first Friday night of each month and features a different local brewery. This Friday, Nov. 1, our neighbors from B-52 Brewing will be joining us for $5 pours and complimentary tastings from 6-9 p.m.!

About B-52 Brewing
To B-52 Brewing, they’re not a brewery but a lab, where they experience and turn out unique, hand-crafted beverages from their seven-acre space in Conroe, Texas. Their main ingredient: risk. With their unique offerings of different styles and flavors, it’s no wonder they were named “Best New Brewery in Texas” when they opened in 2014.