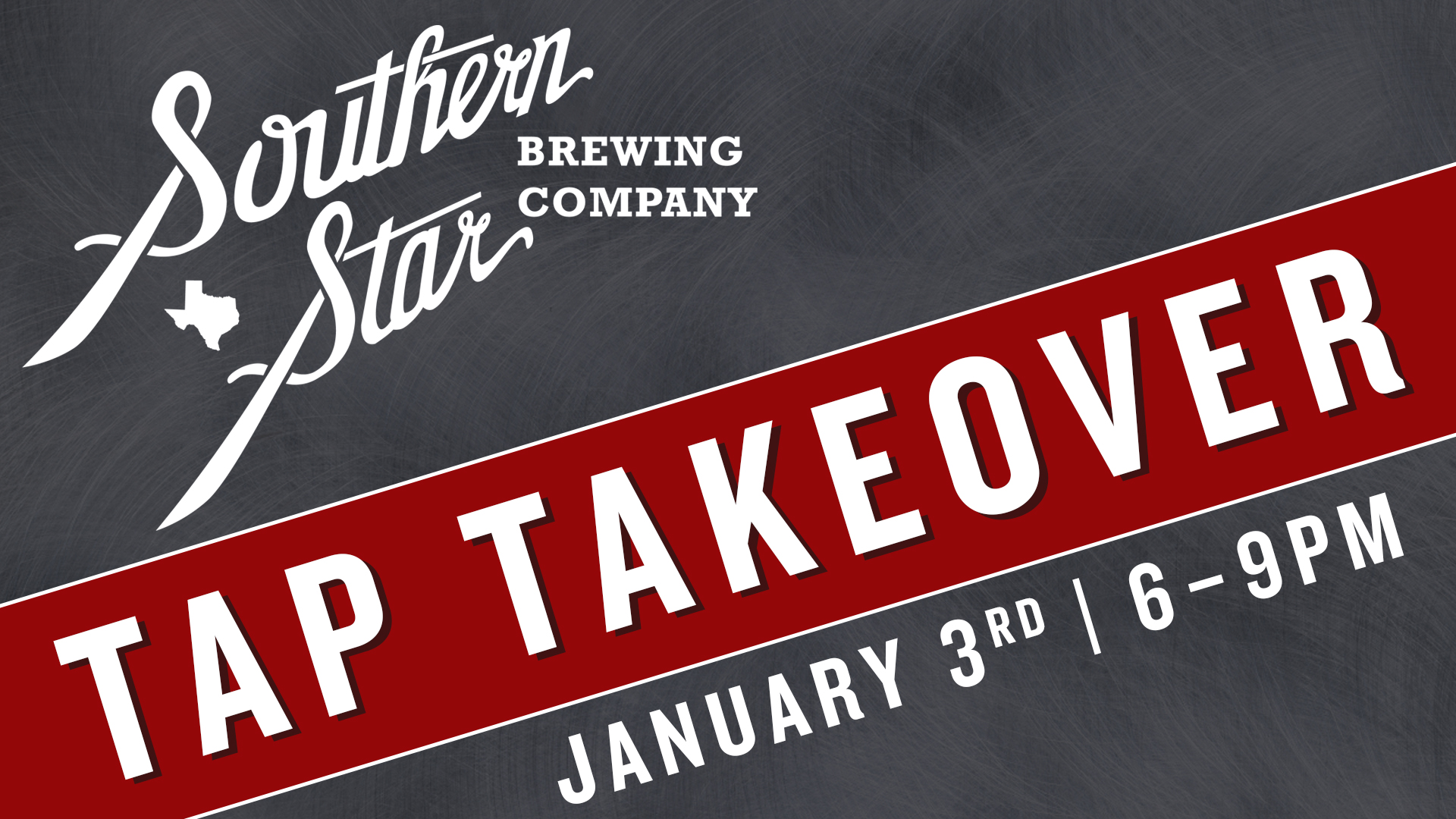 Our First Friday beer event – Tap Takeover – is held on the first Friday night of each month and features a different local brewery. Meet us at The Kitchen for our first Tap Takeover of 2020 with our friends from Southern Star Brewing! Enjoy $5 pints, free tastings and more on Friday, Jan. 3 from 6-9 p.m.

About Southern Star Brewing Co.:
Southern Star Brewing Company was founded in July 2007 in Conroe, Texas. They were the first craft brewery to can craft beer in Texas. The first beer they brewed was their Pine Belt Pale Ale. Shortly after, they added Bombshell Blonde and Buried Hatchet Stout to their list of year round releases, with Conspiracy Theory IPA added in 2016 and Blood Belt Pale Ale in 2017.